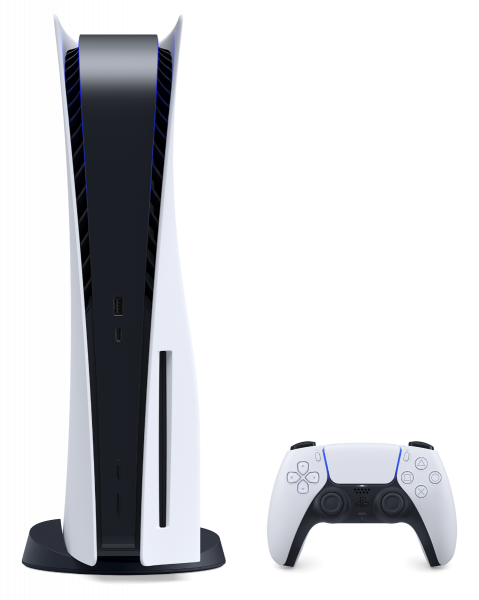 I told my girlfriend that I won the Best Buy lottery. It’s a game I play that began last November when the Sony Playstation 5 went up for sale in an online-only capacity. Since then every few weeks the major retailers post in-stock updates and I frantically try to beat the scalper bots to try and buy one. It’s about 30-45 minutes of frustration waiting to see if you can first get the item in your digital cart and then ultimately check out before they are all sold out. As I write this post 3 months since the launch date, this is still happening and the stock is sold out usually in under 1 minute.

I was unsuccessful until a couple of weeks ago.

It took buying a bundle to actually make it through the checkout process as scalpers have a harder time making gross profits on the console + games, but the end result is that I finally successfully ordered a PS5 console + Spider-Man Miles Morales + Call of Duty + Demons Souls. I’ll probably never try Call of Duty or Demons Souls so if you want them reach out.

A few weeks after winning the Best Buy lottery, the Console was ready for curb-side pick up. As the Best Buy employee walked out to my car to drop off the huge box he smiled and congratulated me on winning the lottery.

The Console is physically huge. It’s bulky and heavy and feels much closer to a desktop computer than a game console. Its awkward to handle when it’s on it’s side position, but the included monitor stand does a great job of leveling out the unit for side placement. Here’s a shot of what it looks like on the shelf of my entertainment stand, using the included stand, when the glass door of the entertainment stand is open:

There is just enough room on this shelf for the PS5 to not be touching the right side wall while allowing enough space on the left to store the two controllers I have.

I didn’t start the unboxing until late that first night. Upon first console boot, after the initial connection to the internet and other misc settings, the system required an 868MB update. It was less than I expected to have to download, and added about 20 minutes to the setup which gave me plenty of time to cleanup the boxes and packing junk that was littering the floor from the unboxing.

The next step was to install my current favorite games:

Spider-man came first and after I gave Miles a spin around town for a few minutes to test out the Dolby Digital 7.1 surround sound, I closed the game and headed to bed for the night.

That night while I was sleeping the PS5 installed another console update along with completing the installation of Astro’s Playroom, a cute demo for the capabilities of the controller.

Next up was the install of a few more essentials. Grand Theft Auto V, then Jedi Fallen Order, then Demons Souls, then Call of Duty. Then an 86GB Call of Duty Patch. Next a 24GB GTA V patch, followed by another 20 GB Call of Duty offline game mode download. Then a few hundred more MB download for Spider-man add-ons. After an upgrade to the Miles Morales Ultimate Edition, now came another download of of the Remastered edition of Spider-man. And then a not-so-funny thing happened in the middle of the Spider-man add on downloads: the console RAN OUT of storage space. After only 6 game installs. 6 games!!!! No more storage space. Wow, just wow. When I pulled my network monitoring software I found that it was 617GB of data that was downloaded.

While I curse Sony for skimping on only having 667GB of usable storage space on the PS5, I hop online to see what the options are to expand this. Sony has not unlocked the ability for PS5 games to be played on external storage. It’s being suggested online that this is because the PS5 games need external storage that uses a PCIe 4.0 interface and supports 5.5GB/s transfer speeds for PS5 games to work properly. So for now the only games that can be moved to external storage are PS4 games, which for me is what I needed to know. If you find yourself in the same situation, the link here is Sony’s official page on external storage requirements.

I have a 2 TB SSD that I can use to solve my storage woes, but I don’t have a USB enclosure for it. Amazon can’t deliver an enclosure in under 2 weeks, Best Buy is in a similar situation offering an enclosure at the earliest of 9 days. That’s too long to wait. I decide since Call of Duty is my least favorite game it gets the chopping block. I delete Call of Duty and let Spider-man resume its downloads.

The girlfriend needs some supplies, so it’s off to Target where I remember they stock hard drives. No enclosures to be found, but they do have a 5TB Seagate One Touch external USB 3.2 drive. It’s not SSD or NVME, but for the PS4 game use case it will do. I get home, plug it into the PS5 and set up what Sony calls Extended Storage. I trigger the move and approximately 600GB worth of data starts moving from internal to external storage. It took almost 2 hours to complete at which point I resume the rest of the Miles Morales game add-on downloads and I’m back up and running just in time for another round of sleep. Since I’m off to bed anyway, I pop the Call of Duty disc back in the console and let it resume it’s 106 GB worth of downloads.

I’m 2 days into this new console and have spent less than an hour actually playing games, but I’m hopeful it will be smooth sailing from here on out. At least until I decide I want another PS5 game then I don’t know what I’m going to do since I’m mostly out of internal hard drive space.