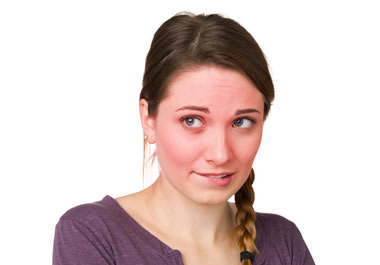 Embarrassment is a great tool toward self-improvment. My 12 year old son had a school project where he had to illustrate the different mineral mining techniques. He rushed through the assignment, no doubt because he’d rather be watching YouTube. As one might expect the work was sloppy.
His mom forced him to start over. On the second attempt he re-organized the layout, spent more time on the artwork, and used better penmanship. It was only when he had to show both of the results to me that his embarrassment set in. He wasn’t ashamed of the first attempt, but he clearly recognized how much better the second attempt was. His reaction reminded me of an example in my life where embarassement forced a change in my own behavior.

I took an accounting class in college as an elective. It was a small classroom with desks aligned in rows much like you’d expect in grade school. I was sitting behind this cute girl from California who I was trying to work up the nerve to talk to. We were a couple of weeks into the quarter and we had our first test graded and returned. The professor passed out the results and the California cutie turned around to face me. She was all smiles and showed me her grade of an “A” and asked what I got. I flipped over my results to find a “C.” She frowned in disappontment and turned back around. I blushed in embarrassment and made a personal vow to improve on the next test so that I could see that smile again.